Back to Explore Map

Facilities: No restrooms available. Parking is located on Bluff Road. Access the trail from the parking area by traveling north on Bluff Road and turning right onto the private driveway. The trail will continue past the gate to the right and up the bluff. The driveway is shared with other private properties, so please be respectful of private property in the area. Tables and seating are available at Madeleine’s Rest, halfway up the bluff. 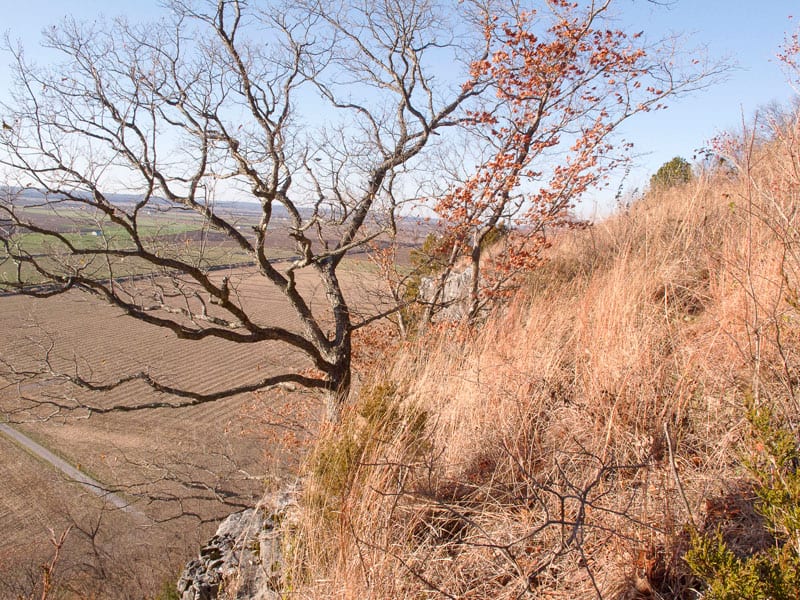 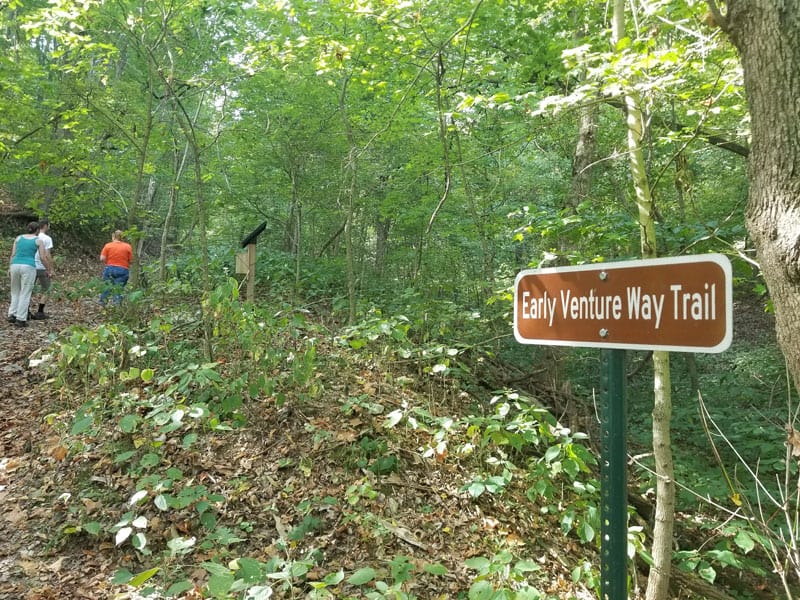 Clifftop and HeartLands Conservancy partnered in the acquisition of 475-acres along the bluff in Monroe County. The acquisition of this property allows the land to be preserved as a natural area in perpetuity. White Rock contains a mosaic of hill prairies and limestone glades, a large swath of upland forest, and is home to several threatened or endangered species. The tract is a designated Illinois Natural Area Inventory site, and has been approved as an Illinois Nature Preserve and is open to the public.

Clifftop and HeartLands Conservancy purchased the White Rock lands in December 2010. The two local nonprofit non-governmental organizations partnered for the project, each bringing unique skill sets to a conservation tool kit. Several “first-ever-in-Illinois” innovations followed. Clifftop and HeartLands crafted a joint venture agreement – the first such agreement in Illinois – to seek funding for the purchase, jointly own, hold and steward the tract.

The organizations received approval for partial funding of the project through the State Wildlife Grant, a U.S. Fish & Wildlife Service program administered through the Illinois Department of Natural Resources (IDNR). This is the first SWG funding for land acquisition made to a nongovernmental joint partnership in our state. And, recognizing both the tract’s value as a natural area and the innovative nonprofit partnership the two land trusts had created, the Illinois Clean Energy Community Foundation and Grand Victoria Foundation’s Vital Lands Illinois program awarded generous grants allowing completion of the acquisition and development of public access infrastructure for the 306-acre section.

In 2021, HeartLands Conservancy transferred its half ownership of White Rock to Clifftop for permanent protection and stewardship.

Learn More About White Rock
We use cookies on our website to give you the most relevant experience by remembering your preferences and repeat visits. By clicking “Accept All”, you consent to the use of ALL the cookies. However, you may visit "Cookie Settings" to provide a controlled consent.
Cookie SettingsAccept All
Manage consent